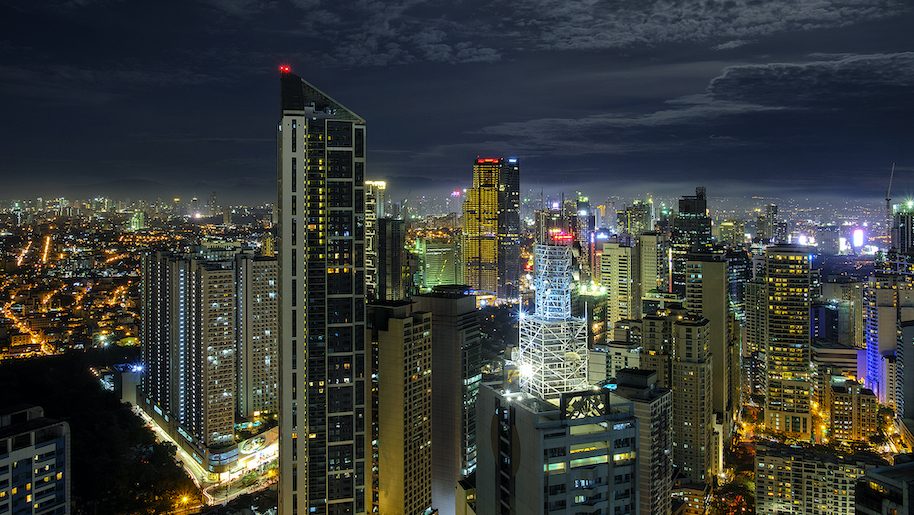 For sure, you’ll discover that the Philippines has so much more to offer than just holiday locations that you might want to consider relocating to the Philippines and living in Manila. Metro Manila, for example, is a densely populated area that serves as the country’s cultural, economic, educational, and government.

I’m sure you had a great time in Manila when you go on a vacation. There’s so much to see and do with so many gorgeous pristine beaches to visit, which is perfect if you’re looking for exciting activities.

The country was also colonized by America at one point, exposing the population to western culture. If you’re thinking about moving here, here are a few reasons why it’s a fantastic choice.

First and foremost, the government is democratic; second, the vast majority of Filipinos are Roman Catholics; and third, Filipinos are noted for their kindness and compassion.

Why Living In Manila Is The Best Thing Ever

Metro Manila is also regarded for having the ideal combination of metropolitan living and a relaxed atmosphere, as well as a plethora of locations and activities for you and your family to enjoy.

As for your children’s education, there are quite several renowned international schools that you can choose from. There are ten reasons why moving and living in Manila would be great. 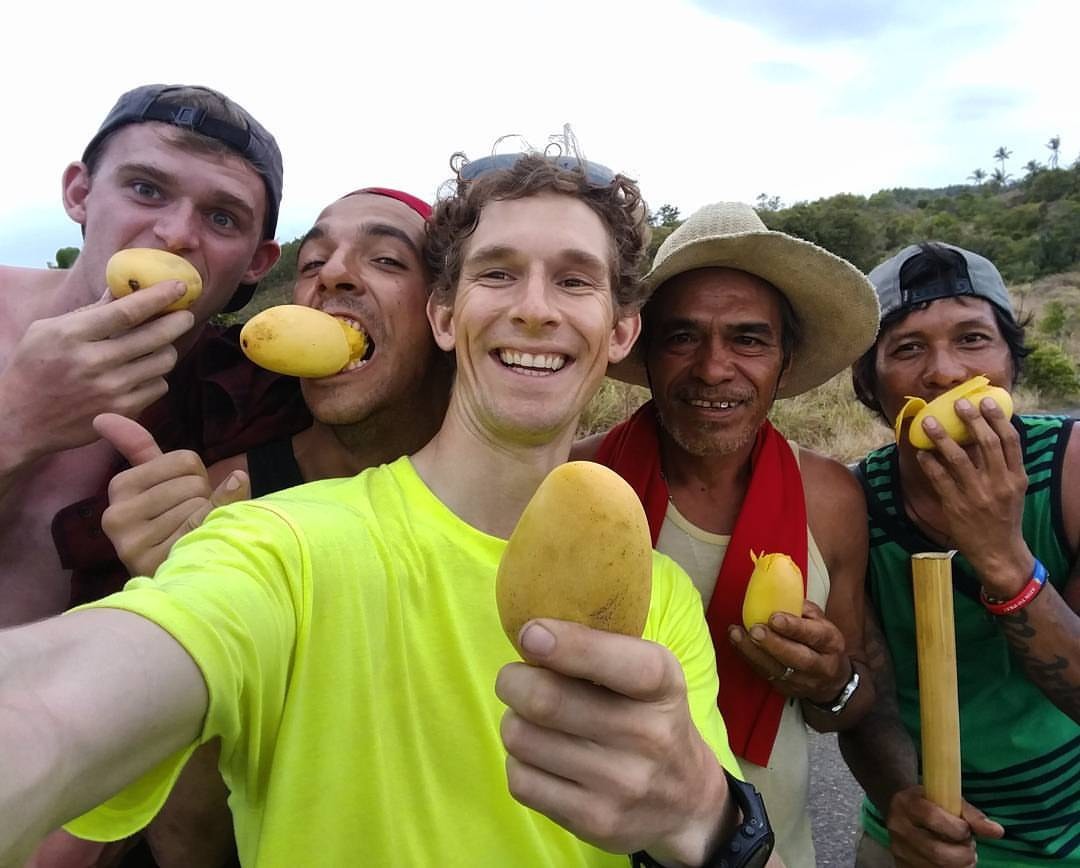 The Filipino People Are Extremely Nice

This seems to be the most open culture in South East Asia. People are willing to go beyond the surface level of friendship. The Filipino people exemplify stoicism in the face of adversity, cheerfulness, friendliness, and empathy, among other qualities.

The people of the Philippines are by far the best aspect of the country. People who are the most upbeat. When they’re in danger, they aid each other. Families are extremely tight.

For the most part, the people motivate themselves not by what brands they wear or the type of car they drive though sadly, there are signs that this is starting to slowly change in the metro areas.

While living in situations that would make Americans scream on the floor, Filipinos will break out into song or dance the latest pop dance. Strangers inviting other people to come to birthday parties or family gatherings. Everyone is welcome at all times.

The cheaper cost of living is, of course, one of the key reasons for coming to the Philippines, which makes it a viable option for retirees.

From essential products to leisure such as going to the movies, transportation is also less expensive, giving you more bang for your buck.

The Philippines is well-known for having a sizable BPO (Business Process Outsourcing) industry, which means that there are a large number of people who work from home or work in a variety of shifts.

The Philippines considers BPO industry a critical to the country’s 10 high-priority development areas, according to the Philippine Development Plan. Tax holidays and exemptions, as well as expedited trade processes, present as examples of government programs aimed at boosting investment.

The city never really sleeps. There are even several fast-food restaurants that deliver food 24 hours a day, seven days a week.

English As The Second Language

Another reason that makes Metro Manila a desirable area to reside in is the ease with which communication may be accomplished. You’ll be well-adjusted to the place and warmed up to the people in no time if you learn English as a second language, which is taught in schools as part of the curriculum.

Almost everyone in Manila speaks and understands English, so you shouldn’t have any trouble communicating with them. It will be easier to strike up a conversation with the natives if you make an effort to speak Tagalog, or Filipino as it is more formally known.

Despite the recognized struggles in their daily lives, Filipinos still act on humility and loving friendliness. There are very few frowning or snooty locals. They are frequently the first to strike up a pleasant chat. 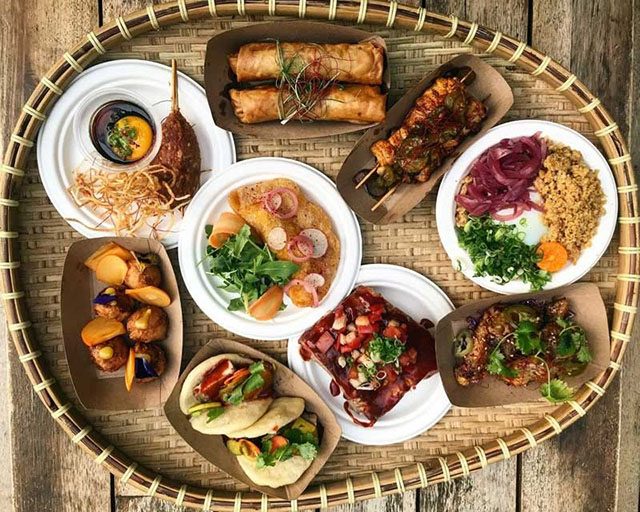 Of course, you must try the traditional Filipino delicacies! Adobo, sisig, sinigang, bulalo, Lechon, and more Filipino dishes are sure to please.

Sticky rice varieties such as bibingka and puto bumbong are also available. For the more daring, you can sample some Filipino street cuisine favorites such as fishballs, kikiam, isaw, balut, taho, and green mango with bagoong.

The Philippines’ tropical climate is one of the things that make living there so enjoyable. Throughout the year, it feels like summer (except during the rainy season). So if you don’t like shoveling a snow-covered driveway, this is the place for you. There is also a wide range of tropical plant varieties to choose from for your yard.

The Philippines have a tropical marine climate, which means the weather is hot and humid most of the time. The region has only three seasons: a hot dry summer known as tag-init between March and May, a wet season known as tag-ulan between June and November, and a cooler dry season known as tag-lamig between December and February.

There are plenty of beautiful places to escape to in the Philippines where you won’t have to compete with tourist crowds if you don’t want to.

However, if you don’t mind a little rain, a great time to visit would be the low season from June to September, though some areas don’t get rain during this time.

If you want to save money or visit when things are less crowded, this is a wonderful alternative. There are numerous resorts and beaches in the area.

With the Philippines consisting of roughly 7000 islands, finding thousands of lovely beaches is easy. The country has long been famed for its beaches. The country lures its visitors from all over the world to its beautiful seascapes, warm, welcoming waters, and friendly locals.

While the most popular beach spots, such as Boracay or Bohol, require a short flight, there are numerous possibilities for a beach break close to the country’s main city, Manila.

Metro Manila, being the capital, is essentially the hub that provides the most access to a variety of locales, with modes of transportation ranging from trains, regional buses, car rentals, and commercial planes leading to the most appealing holiday destinations.

If you enjoy hiking, there are a variety of mountains to climb that offer a beautiful outlook.

At night, the city comes alive with activity. Most malls stay open until 10 p.m., and there are numerous hangout locations in the city for you and your pals. It will be obvious to see throughout the time in Manila that the city’s citizens pursue pleasure as a matter of ethical principle.

It is a blast every night! There are numerous entertainment districts and nightclubs in Manila, as well as beautiful girls, stunning city-view bars, exquisite restaurants, and much more. Bewildering and fantasizing about the nightlife experience.

Manila is a city where you may have a good time. Manila nightlife can be mind-blowing and it would be a great idea to have a visit list. You should look into the greatest activities to do while living in Manila.

Taxis Are Easy To Come By

You can always hail a cab if you don’t want to drive in Manila or if it’s one of those days when you’re not allowed to drive. Taxis are readily available in the Philippine capital and are a cost-effective mode of transportation.

However, remember to remind your driver to turn on the meter. Some taxi drivers purposefully fail to do so or try to persuade you to pay a flat fee. This is usually higher than a metered journey.

The flag-down fare is 30 PHP, and every 300 meters, as well as every 90 seconds of waiting time, is charged at 3.50 PHP. This regulation is only broken if you take a taxi during rush hour.

Allowing your driver to turn off the meter and agree on a set charge may be useful when traffic is slack. Getting a cab at rush hour might be nearly impossible; expect to pay an additional P50 to P100 on top of the metered fare. If you visit the Philippines, riding in a Jeepney is a must-do. The most popular mode of transportation in the country is these customized jeeps. Expect to experience crammed and tight spaces.

kitschy, brightly decorated cars that have become an icon of the Philippines.

Because Jeepneys operate similarly to buses, each one has a set route. The rates are low, starting at around 8 pesos for a brief ride.

Jeepneys are the most common kind of public transportation in the Philippines, yet they are a complete anachronism. They began as Willys Jeeps left behind by American troops when they left the Philippines after WWII.

Filipinos began repurposing them as buses with galvanized or stainless steel bodies, cloth coverings in place of side windows, and longitudinally mounted benches seating 20 (or more) passengers.

Despite the cheeky Mercedes-Benz stars attached to the front of many modern Jeepneys, those beginnings are still visible. The Jeepneys, which are always brightly colored and ornamented with religious symbols, not only rule Manila but also service certain routes throughout the country.

In theory, jeepney drivers must adhere to predetermined stops. However, theory and reality do not always accord. A jeepney frequently stops wherever a potential passenger waves down or where someone wishes to disembark.

Jeepneys with not full in capacity , tend to reduce their speeds to a minimum when driving. After all, someone might be looking for a ride nearby. But while jeepneys often serve as rolling roadblocks, they have driven rather aggressively at other times.

Planning On Living In Manila?

The National Capital Region (NCR), popularly known as Metro Manila, comprises of 16 cities. Manila is one of them.

Aside from being one of the country’s most well-known cities, trade dominates its most noteworthy trait. And also, as the seat of the Philippine government’s executive and judicial institutions.

People deciding to live in Manila should be aware that there are only two seasons in Manila: the wet season that runs from April until May and the dry season which is from June to October . Whereas the latter manifests through humid air and scorching heat all day long.

There are many reasons why to settle living in Manila. The Philippines is a lot of fun! Sometimes, too much fun!

There are many reasons why live in Manila is beautiful, where to even start? From the great friends that you will make to the stunning beaches, to the great business opportunities popping out left and right. It sure is nice to be living in one of the world’s fastest-growing economies.

The Philippines attracts the interest of people from all over the world. Living in manila will truly give a lot to offer for a variety of different people.