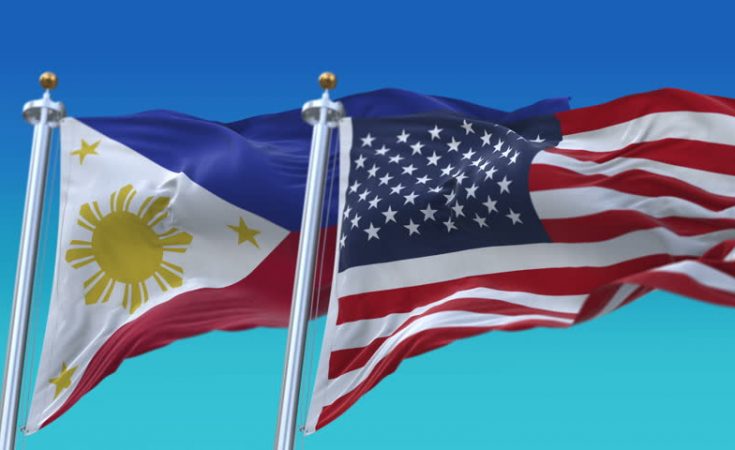 Filipino culture and American culture may seem like worlds away. Oceans away. In fact, there is a huge discrepancy between Asian and American culture. However, there are various similarities between American and Filipino culture. We owe this to a shared history and migration. American and Filipino culture were also founded on diversity. There are vast differences in terms of land area size, population, language, and values. However, these differences have also begun to blur. Modern society has drawn nations closer. To add, inter-marriages have occurred. Values and culture have been inevitably changed in the process.

Filipino culture rests on humility, collective thinking, creativity, and conflict avoidance. Generally, Filipinos know how to adapt in any given situation. The political and economic situation urges the population to become creative and resilient at all times. On a different note, bravery and courage travels in the Filipino’s veins.

Filipinos respect their superiors. Power distance is high as compared to other cultures. Asserting rights are always present. However, Filipinos make it a point to respect others with higher positions. This behavior is prevalent in workplaces. Calling others ma’am or sir is a note of respect. Even if a person was a stranger, there will always be an honorary attached. Meanwhile, Filipinos tend to provide balance when it comes to views. They don’t immediately conclude a situation unless there is enough evidence. At some point, this can also be negative. Being silent or alright in any situation is being passive as well.

Collectivism and collective thinking is one of the prime characteristics of a Filipino. The “we” dominates the “I.” Action is intended for the whole, rarely for the individual alone. This is evident in family-orientedness. Agreeableness increases when the majority agrees. Sympathetic thinking is also evident in how Filipinos relate to others. “Pakiramdaman” or “feeling” is attributed to considering what others feel and think. On a different note, this can also be negative. Sometimes individual thinking is overpowered. Independence and initiative is overpowered with considering others’ opinions. Daring to be different is still something that Filipinos are learning.

Filipinos are creative. However, this is due to the lack of resources. Often, this attribute is romanticized. No matter the hardship, Filipinos can adjust. However, this should not be taken all the time as a compliment. It becomes a scapegoat to the feeling of hardship. Nevertheless, being creative with what is present is an asset. This creativity persists in holidays. During Christmas, Filipinos spend a lot. Even if there is a persisting crisis, Filipinos will find a way to celebrate extravagantly.

Filipinos avoid being confrontative. By nature, Filipinos are reserved and dislike confrontation. Thinking out loud is not a habit. More often than not, they would state discomfort through a joke. Being comical is a way to ease the discomfort. Conflict avoidance is high. Being collective in thinking complements high conflict avoidance. This is an advantage to professionalism. Being professional and objective is an asset to business and tourism. On the other hand, conflict avoidance can also be negative. This prevents healthy conflicts in the workplace. It can even produce dependence on the majority.

American culture, on the other hand, rests more on individualism. Americans value independence and initiative. They are accustomed to fast-paced processes. Results-oriented, the power distance is moderate. Americans are more adaptable to structures than spontaneous plans. They are more direct and blunt, whether or not in a professional setting.

Americans are aware of what they want. This amounts to self-awareness. In the workplace, some are used to calling others in first names. Americans thrive in a laid-back yet structured setting. Power distance is moderate. This accounts to individualist thinking. They tend to be opinionated and outspoken. On a different note, this may not be suitable for other cultures. In a diverse environment, being too blunt may be seen as lacking in respectfulness.

Americans have a high degree of independent thinking. This is situated in the coming of age. When youngsters turn 18, they are expected to become more independent. Sometimes the failure to launch from parents’ homes is perceived negatively. Times have changed, of course. However, the American Dream – coming from American popular culture – rests on this prospect. The formula of: good grades, good job, and high pay persists in the concept of “success.” In addition, individualism persists in being independent when it comes to lifestyle.

Americans rate high when it comes to openness to experience. This includes the desire for change. Openness to experience persists in looking for better opportunities. Americans thrive in environments that are challenging. Thinking and strategic thinking are challenged. Given that all resources are in, Americans are open for new challenges and experiences. Climbing the opportunity and success scale is a desire embedded in the old American Dream.

The more intricate the structure, the higher changes of success. When it is plain and printed on paper, the more understanding. Having a common understanding works best for the American professional. There should always be a precise division of labor and structure. In a results-oriented workplace, this formula works just right. However, this may also be a limitation. Being too structured prevents creativity and flexibility. Thinking out of the box is done when the box is not too tight. Being more spontaneous and flexible is still a learning curve for many.

Americans also do not like confrontation. However, they are not avoidant towards this. Conflict avoidance is low. Americans tend to be blunt and direct. Joking around to hide frustrations is not a well-known habit. Chances are, Americans will tell you what they are thinking. They do not apply sugar coating. However, responding depends on the context and the severity of the issue. They take in the objective and practical side of an argument. Being assertive is a personality. Meanwhile, this may not always be good in a diverse workplace. Being too assertive and independent goes against collectivism. Other cultures oftenly mistake this as arrogance.

While there are differences, they are partly due to history and traditional culture. Filipinos are more collective than Americans due to the lack of resources. Creativity is applied differently in the American context. There is resilience in every culture as well. There are differences. However, there are also similarities between American and Filipino culture. This is becoming more prominent due to globalization. Filipinos and Americans also share a historical past. There are common social issues in the Philippines and America. In addition to this, inter-marriage has occurred. Inter-marriage is the fusion of different cultures. Along with this, is the fusion of values and morals.

Similarities between American and Filipino culture also rest on transportation and communication. America has helped the Philippines build railways and bridges. It established a farm to market roads in the 1900’s. A few strings from mining and agriculture helped, of course. One of the greatest influences of America was mass media. America has introduced broadcasting, television, radio, and print media.

There was already a newspaper prior to the arrival of the Americans. However, they were Spanish-controlled. Filipinos never got the chance to write their own history or perspectives. The famed national hero, Jose Rizal, even went underground just to write about grievances against Spanish authorities. The birth of mass media is one of America’s important influences. Today, Filipinos still use the formulaic American-style of journalism to some extent. See: Influence of American in the Philippines 101

Migration in both countries fused American and Filipino cultures. The similarities between American and Filipino culture today is due to migration. There are many Filipino-Americans on US shores today. A great bulk lives in Los Angeles, particularly in West Covina. Fil-Ams adapted Filipino and American culture. They preserved Filipino values and behaviors. At the same time, they indigenized American culture. The result is a new kind of culture, taking the best of both worlds. There are also many Americans living in the Philippines. The Philippines has been a hot-spot of American retirees. What attracts them are convenience and hospitality. Once they have been integrated with the Filipino family, it becomes hard to let go.

What are the similarities between American and Filipino culture? More than one, that’s for sure. It seems difficult to pick the pieces at first. The Philippines is from Southeast Asia. Meanwhile, America is oceans away. North America is, well, in America. In other words, it is a western country. Does east really meet west? The global village proudly says ‘yes.’ Even before globalization, there may already be similarities between American and Filipino culture that were missed. Here is a mirror check between Filipino and American culture.

The term ‘mano po’ and the accompanying gesture are ways to respect elders. Filipinos are famed for this behavior. Due reverence is given to grandparents and parents. To an extent, godmothers and godparents are not spared. ‘Pagmamano’ involves placing the back of the elder’s hand against the forehead. Filipinos also share this behavior with neighboring countries such as Malaysia. The behavior, however, has been so prominent in the country. Considering that Filipinos are scattered worldwide, pagmamano has been attributed more to Filipinos.

The holiday celebrations are nearly the same. A prime reason? Religion. The Philippines has a dominantly Roman Catholic population. In the same way, America also has a Roman Catholic population. The Holy Week and Christmas are celebrated in both nations. The only difference: Filipinos start the Christmas spirit in September. Holiday celebrations are done with family. They are part of tradition.

The American population is diverse. Many are bilingual, if not multilingual. For instance, Mexican-Americans speak more than one language. Filipinos also speak more than one. More than half of the population are fluent in both English and one Filipino language. Some populations are able to speak two to three Filipino languages. Provincial roots factor in. For instance, a person can speak both Tagalog and Ilocano.

Similarities between American and Filipino cultures also rest on love for adventures. Filipinos are indeed more reserved. However, this does not neutralize the adventurous spirit. Some indigenous communities trace their roots to being explorers. Filipinos, by nature, are explorers. Ancient commerce and trade with neighboring civilizations were done through sea-faring. On the other hand, Americans are famed discoverers. They like to see new lands and environments. Tourism in the Philippines, for instance, accepts many American nationals. The Philippines is a prime tourist spot, attractive to Americans, due to the rich biodiversity.

Similarities between American and Filipino culture are more prominent than what others think. Sure, geography would protest. However, we are now living in a global village. Sometimes, there are similarities between geographically distant cultures that we have not seen before. Other times, similarities occur because of cultural fusion. Filipinos and Americans, after all, share a historic past. They share similar social issues. In addition, values and morals in both cultures are siblings.